About the site owner: Mike Young 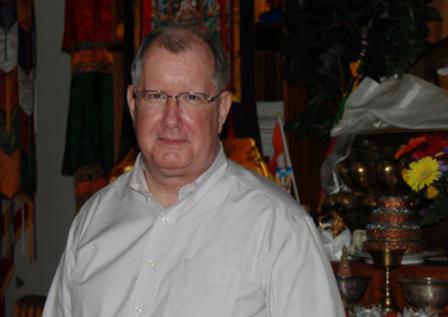 I have been interested in, and practiced, Buddhism since the 1970s; although I will have to admit that in the early years I did not take my meditation practice as seriously as I should have.  For the last several years I have been associated with the Gar Drolma Buddhist Center in Dayton Ohio; and most recently I have been attending a center in Rochester Hills Michigan.

​Professionally I am a retired scientist.  I worked for 30 years at the Air Force Research Laboratory primarily doing or supporting work in cognitive modeling and work-centered support system design and development.

Academically, I have a PhD in experimental psychology from Miami University.

Intellectually, I have a long-term interest in the nature of the mind, both from the perspective of where does mind and consciousness come from, and how does the mind process information.  I am spending most of my retirement time focusing on these questions, as well as trying to make-up for those years when I was lazy in my practice.

I can be reached at: mjyxenia2@gmail.com